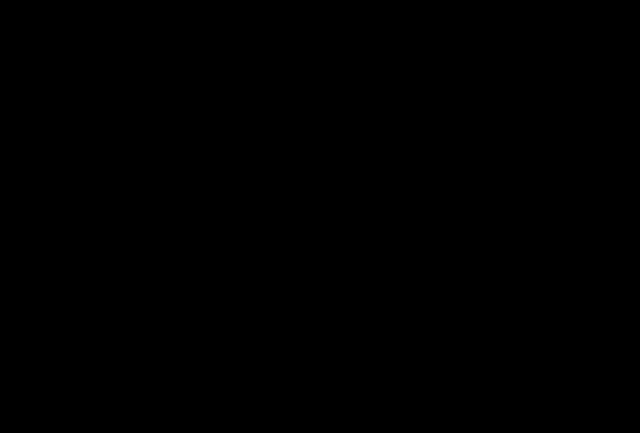 This is part 4 in a series of posts about a trip to Amsterdam, part 3 can be found here.

After my bad experience with an overdose of space cake, I decided to spend the rest of the trip sober. I never again wanted to be pushed towards the edge of madness by drugs.

We spent the rest of the trip cycling around the canals of Amsterdam, taking photos, looking in art galleries, relaxing in the park. My friend Chris, having experienced no negative side-effects from his own drug taking, continued to smoke for longer and longer each day.

Our aims for the trip drifted further apart. I now had little interest in drugs, only culture. Chris on the other hand was so stoned that nothing could interest him for more than 30 seconds.

One afternoon we headed to the Rijkmuseum, an old building housing hundreds of pieces of classical Dutch art. The building towers above you like a decadent, old mansion, the museum itself is a work of art.

We paid a fair amount of money to head inside and slowly, methodically I began to digest the pieces.

Like most people, I know little of art. The majority of the time when I see modern art, I am bored. I scratch my head and either wonder what the heck I’m looking at or think to myself, “Hey, I could do that!” Modern art for me is self-indulgent crap. Literally. I could have a poop and nail it to a wall with the title, “Self-Indulgent Crap” and somebody out there would probably pay money to look at it.

On the other end of the spectrum, classic art bores me. It’s all very beautiful, I can admit that. The craft of it all, the way the artist has lit their scene, the small strokes of a brush that can create so much emotion. But, I just can’t help getting bored by it.

Sure it took more skill to paint these than it does to make a lot of modern art, but it’s no less enthralling. You can only look at so many portraits of merchants or landscapes of beautiful fields without starting to at least think you’ve seen it all before.

I’m sure I’m not the only person in the world that suffers from these terrible opinions and I apologise profusely for having them. I like to think of myself as somewhat cultured, but maybe I’m not.

At the Rijkmuseum, it didn’t matter. As soon as I looked at the first painting, I was enthralled. For the first time in my life I didn’t just glance and think, “Oh, that’s all right” before quickly moving on. I actually stopped, stared, thought it out, used my imagination. I stood for minutes staring at some of the paintings wondering who the people were in them, what was happening, how the characters felt. Maybe there was something to this thing people call art, after all.

By the time I had digested the first room of the building, Chris was upon me. “I’m done,” he said. “How can you be done? We’ve only been here for five minutes!” He shrugged at me. “Meet me outside, I’m going to smoke a joint.” And that was that. Five minutes in one of the world’s best art galleries and he was done. I spent the next two hours soaking up every painting, amazed by how much emotion some of them contained. I wasn’t even stoned, I was enjoying it sober. I wondered how that was even possible.

In the years afterwards, “Doing a Rijkmuseum” became my go to phrase whenever Chris got bored of any activity after five minutes. When we visited the pyramids a few years later, again he was finished almost immediately after we had arrived, I threw up my hands with a sigh. “It’s like the Rijkmuseum all over again.”

So our days continued, I pushed us towards the beauty of Amsterdam, Chris pulled us towards the vice. We sat in coffee shops as Chris got even more stoned and I stayed sober. I felt much like a designated driver in a bar. Everybody around me was getting progressively sillier as time passed by, but I couldn’t see the humour in anything.

In one dungeon of a coffee shop a middle aged, balding man asked Chris why I wasn’t smoking. “Oh, well, he had a bad experience a few days ago.” By now Chris was confident in his drug taking, we were no longer tourists, we were seasoned veterans, able to shoot the shit with others, we were now one of them.

The man laughed. “Yeah, I’ve been there!” he said. “What happened?” Chris relayed the whole sorry story. I’d taken too much space cake, I’d started talking to some kind of God. The man nodded sympathetically “It happens to everybody!” I shrugged.

Maybe going through a bad trip was like a right of passage that really made you part of the club. Or maybe this guy was just as clueless as we were. Maybe we are all clueless, constantly pretending we know all there is to know about something (whether it’s drugs, movies, or life) and the majority of most groups are made of bullshitters.

Still, I decided this was a group I didn’t want to be part of. Chris had other ideas. I was being a buzz kill, I was spoiling his high. All day he would jab me relentlessly, trying everything he could think of to get me to smoke and get high with him. Eventually, I broke.

One night we stayed until late in the conservatory of a coffee shop, each smoking a joint and talking incessantly. I didn’t even notice myself getting stoned, I was too busy enthralled in the conversation. I was lost in it, my mind completely focused, talking at light speed.

Usually I’m a bad talker, I um and err. I have no confidence and I find it hard to make a point without stuttering or forgetting what I’m trying to say. When completely stoned I become a motor mouth. I lose all sense of self-consciousness. It’s like my mind no longer exists, I’m no longer conscious of who I am. There’s an instant link between my thoughts and my lips and I talk, talk, talk.

We talked. Our minds completely in tune. Back and forth the conversation went and we started to imagine something. We started talking about Tony Soprano and how he had got himself a traffic ticket. He had to go to court with Eddie Murphy and The Little Men. Utter nonsense, but at the time it made sense. Too much sense.

We continued to build on the story, until my mind could no longer understand whether it was real or not. It felt so real, we were talking about it as though it had happened. My palms were starting to sweat, I was starting to worry. I was scared for Tony Soprano and what he might do to us.

Eventually our mouths stopped running and we fell back in our chairs exhausted. Suddenly I had the realisation that we’d just been talking without thinking for almost an hour on end. The knowledge that we were stoned hit us, before that we hadn’t even noticed it. We decided we’d had enough and headed back to the hotel.

I led us back with the map in my now very light head. Chris followed joking, making wisecracks. I was no longer amused, simply focused on guiding us back to our comfortable room. At the end of an alley I started to turn left only to realise at the last moment that we were meant to go right. I spun on my heel. “This way.” Chris laughed. “Very good, we’ve lost our tail.”

“What?” I asked. “Our tail, the guy who was following us!” He laughed aloud, but I turned around to stare back to see who was there. Nobody. “Who’s following us?” I asked, starting to quicken my pace. “Nobody, nobody! I was joking!” Anxiety and paranoia was starting to take over, and I started to jog back to the hotel.

We made it back to our room and I collapsed on the bed. I quickly fell asleep and stayed sober for the rest of the trip.